Beach Volleyball has quickly grown in popularity on the heels of the 2008 and 2012, and now 2016 Summer Olympics. Junior programs are opening all over the country as a result.

Now that Beach Volleyball is an official NCAA sport, Colleges and Universities are recruiting for their beach volleyball programs and full scholarships are available. Some are utilizing their indoor players since the seasons offset each other.

Beach Volleyball is ideal for developing hitting, defense, and ball control. It is the ultimate training tool for your all-around game.

There is a tremendous amount of scrutiny on setting the ball with perfection in sand, thus helping setters be better prepared for indoors.

Serving is critical in beach volleyball and a great way to help your balance and toss when serving due to the outdoor elements.

Balance, endurance, core strength, and vertical jump are all areas you can expect to see improvements if you consistently train in sand no matter what sport you ultimately enjoy or play. Use Beach Volleyball for cross training. Boys or Girls.

In general, indoor volleyball players with height or juniors who can get over the net the highest tend to have a slight advantage. With Beach, though having at least one player with some height can be an advantage, it is mostly quickness, strategy, and passing ability that wins out most competitions.

There aren't rotations or multiple players to work with or rely on. You play all the time and get a lot of touches.

Coaches are not allowed during a match other than during a timeout. Players generally referee their own games, unless it is a big event. Beach volleyball builds a lot of individual accountability, character, honesty, and integrity.

Finally, it's Beach Volleyball! Though in Texas many events are at parks in a city, it is still outside in the sand. There are actual Beach Tournaments in Texas and around the country, so you can sit back, chill, and enjoy the day while playing volleyball. 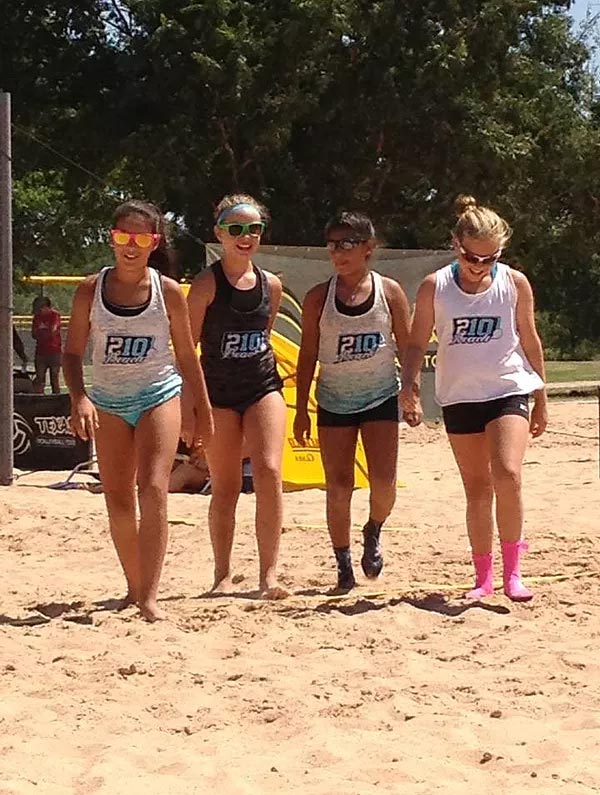